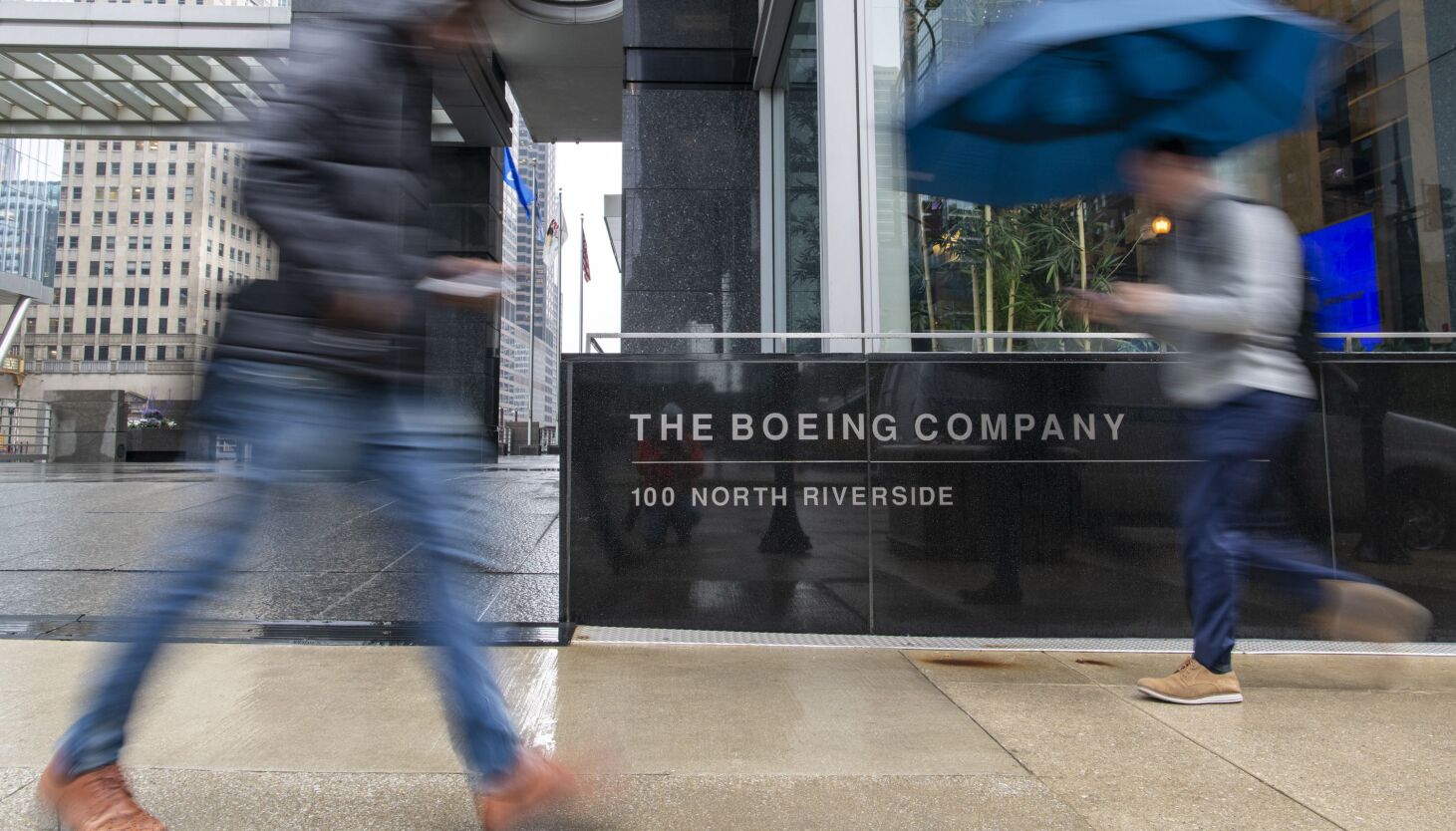 Airplane manufacturer Boeing is moving its headquarters out of Chicago, 21 years after it landed here in what was hailed as a coup for the local economy.

Boeing said Thursday it plans to move its headquarters to Arlington, Virginia, close to the nation’s capital. It said the new location also will serve as a research hub.

“We are excited to build on our foundation here in Northern Virginia. The region makes strategic sense for our global headquarters given its proximity to our customers and stakeholders, and its access to world-class engineering and technical talent, ”Boeing CEO Dave Calhoun said. The Wall Street Journal first reported the move.

Boeing said it will maintain a significant presence at its Chicago location and surrounding region but did not offer specifics. “We greatly appreciate our continuing relationships in Chicago and throughout Illinois. We look forward to maintaining a strong presence in the city and the state, ”Calhoun said.

Calhoun offered thanks to Virginia Gov. Glenn Youngkin and US Sen. Mark Warner, D-Va., For their support. Details about local incentives were not immediately known.

Boeing has had about 500 employees in Chicago at the 100 N. Riverside Plaza headquarters, but the number of people present there fell dramatically during the pandemic.

The move puts executives closer to federal regulators and to Department of Defense officials, who are crucial to Boeing’s aviation and defense businesses.

The headquarters is just a tiny piece of Boeing’s operations, with its main airplane manufacturing still based in Seattle. But it was an important symbol for Chicago’s lure for businesses. Other corporations subsequently brought their headquarters to town.

When Boeing moved here in 2001, its executives cited the Chicago location as helping it establish a more global identity. Many analysts were puzzled by the strategy, however. The executives involved in that decision are long gone from the company.

About $ 61 million in state and local incentives figured in the move, in which Chicago was the winner of a competition against Dallas and Denver. Those incentives have largely expired.

With its results under pressure from the pandemic and problems associated with its 737 Max, a jet whose design was implicated in two fatal crashes, Boeing in the fall of 2020 announced sweeping plans to cut its expenses. It promised to look at every building and lease, but executives declined then to talk about the future in Chicago.

Paul O’Connor, a marketing consultant who in 2001 led the local campaign for Boeing as executive director of World Business Chicago, said the decision hurts the city’s image as a draw for big businesses, particularly amid headlines about spikes in crime. “They were the gilded hood ornament of a global city,” O’Connor said Thursday, allowing that the news gave him “a pang” of sadness.

“They were a great corporate citizen. I think Chicago will miss them, ”O’Connor said. He said city officials should ask the company in a kind of exit interview what factors caused it to leave.

O’Connor said that in 2001 Chicago was a time saver for Boeing executives. They could visit Wall Street or Washington and still be back at home that evening because of constant direct flights. “I think there was different criteria for success back when they first came here,” he said.

Mayor Lori Lightfoot issued a statement about Boeing that mentioned the company just briefly. She emphasized that 173 corporations relocated or expanded here in the last year, with 67 doing so since the start of 2022. “We have a robust pipeline of major corporate relocations and expansions, and we expect more announcements in the coming months,” she said. . “What remains to be true is that Chicago is a major hub for global corporations that recognize our diverse workforce, expansive infrastructure and thriving economy.”

Last week, Boeing announced it lost $ 1.2 billion in the first quarter on an 8% decline in revenue compared with the same period a year ago. Hit by higher costs, supply issues and production flaws, the company has been late in filling demands for its new 787 passenger jet. It also took a $ 660 million charge on its contract to build Air Force One jets for the president.

Downtown Ald. Brendan Reilly (42nd) said Boeing’s decision is disappointing but no surprise. Reilly noted that, in 2001, the city gave Boeing a $ 40 million tax increment financing subsidy as part of the incentives package.

“That agreement just expired at the end of 2021. Clearly, Boeing was able to leverage the expiration of their Illinois financial incentives to get themselves a sweeter deal out of Arlington, Virginia,” Reilly wrote in an email to the Chicago Sun-Times. “It’s disappointing to lose Boeing. But, if I were from Arlington, I’d make sure it’s a very long-term deal because, the minute those terms expire, the company will leverage that for another raft of taxpayers incentives. ”

He added that “legitimate questions remain” about whether Chicago “got its money’s worth” out of the lucrative incentive package that lured Boeing here.

The company’s departure also hurts the downtown office market, still reeling from the impacts of COVID-19. Boeing owns the 100 N. Riverside Plaza building and its exit could leave it half empty, said Michael Silver, chairman of Vestian Global Workplace Solutions.

“We’re not done with the washout of the office market,” Silver said. The downtown market is headed toward a record 30% vacancy rate and many large users want to reduce their space by up to 50% because of the prevalence of hybrid work-from-home schedules, he said.

When Boeing’s financial troubles worsened in 2020, transportation analyst Joseph Schwieterman, a professor at DePaul University, said the company’s activities in Chicago hadn’t grown the way some boosters imagined years ago. “They planted roots in the city, but their soul is still in Seattle,” he said. “They’ve always had the aura of a two-headquarters company.”

He said then that financial pressures and management issues raised by the 737 Max may force Boeing to trim or move the headquarters. “The political dramas create pressure to tighten the organizational hierarchy for greater accountability,” Schwieterman said.