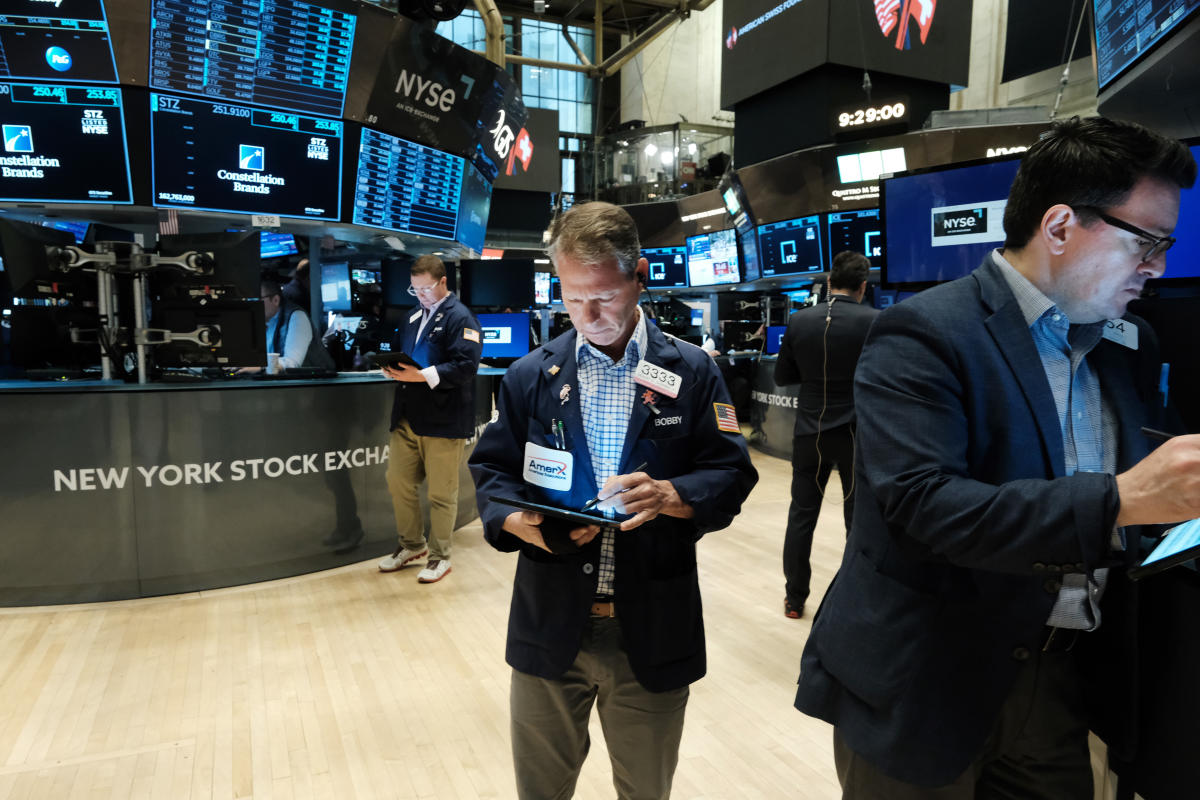 US stocks rose on Friday, though the major indexes still headed for steep weekly losses as concerns over the resilience of corporate profits in the face of inflation resurged this week.

The S&P 500 advanced by about 0.8% just after the opening bell, following equities in Asia and Europe higher after China’s central bank unexpectedly cut a benchmark interest rate to offer some relief to borrowers in the country still grappling with a widespread COVID-19 outbreak.

The Dow rose by more than 150 points, or 0.5%, and the Nasdaq added more than 1%. Treasuries steadied, with the yield on the benchmark 10-year note hovering below 2.9%, and US crude oil prices edged up to more than $ 112 per barrel.

The gains Friday for the major US stock indexes, however, did not fully offset the slide in stocks seen earlier this week. As of Thursday’s close, the S&P 500 was on track for a weekly loss of 5.4% – its biggest since January. The index was also down 18.7% from its recent record close from Jan. 3, bringing it within striking distance of a bear market, or drop of at least 20% from a recent all-time high. And the S&P 500 was also on track to post a seventh straight weekly loss, or its longest losing streak since 2001. The Dow and Nasdaq paced toward weekly losses of 5% and 6.2%, respectively.

The latest bout of volatility came in the wake of weaker-than-expected earnings results and guidance from some of the major US retailers, which appeared to confirm fears that companies were having more difficulty passing on rising costs to consumers. Ross Stores (ROST) late Thursday became the latest major retailer to cut its full-year guidance, joining Walmart (WMT) and Target (TGT) in highlighting the impact inflation and supply chain disruptions have had on profitability. Shares of Ross slid 25% just after market open for the stock’s biggest slide since 1986, and Target and Walmart each headed for weekly losses of about 30% and 20%, respectively.

“Unfortunately there’s no safe haven. When we see the news that came out of consumer discretionary and staples … that shows the struggles that companies have regardless of their size,” Eva Ados, ER Shares chief operating officer, told Yahoo Finance Live. “And ironically, these are the sectors, staples and consumer discretionary, that are viewed as safe havens in a bad economic market.”

The mounting, visible consequences of rising prices have also offered justification for the Federal Reserve to prioritize raising rates and tightening monetary policy to bring down inflation running at the highest level since the early 1980s, even at the expense of some growth in the broader economy. At the same time, however, other strategists suggested some of the factors that led to the major companies’ earnings misses this week – such as stockpiling more inventory than they could sell – could ultimately have a deflationary impact down the line even in the absence of a more aggressive policy response.

“We saw retailers trying desperately to catch up to consumer demand by ordering a lot of goods. It took a long time to get through supply chains but it’s finally hit the store shelves. And now they’re finding they have a little bit too much , “Christian Ledoux, CAPTRUST director of investments, told Yahoo Finance Live.

“So we could see a deflationary effect on some of the CPI [Consumer Price Index] elements coming in the future months, “he added.” And if that does indeed come through, the Fed may feel a lot more comfortable going slower or even stopping at a lower interest rate point sometime in the future. “

Foot Locker (FL) shares more than 6% Friday morning after the retailer said it expected its full-year profit and sales results would come in on the high end of its previously issued ranges. The guidance came in as unexpectedly upbeat amid the bevy of disappointing retail results offered earlier this week.

“We are off to a strong start in 2022, reporting a solid quarter against the tough comparisons of fiscal stimulus and historically-low promotions from last year,” Foot Locker CEO Richard Johnson said in a press statement. “Our progress in broadening and enriching our assortment continues, as we continue to meet our customers’ demand for choice. These efforts helped drive our strong results in the first quarter, and we believe will allow us to more fully participate in the robust growth of our category going forward. “

First-quarter comparable same-store sales were down 1.9%, but this came after comparable sales soared by more than 80% in the same quarter last year. The drop was also shallower than the 3.5% decrease Wall Street was expecting, according to Bloomberg data. Adjusted earnings per share of $ 1.60 for the first quarter exceeded estimates by 7 cents.

7:15 am ET: Stock futures head for a higher open

Read the latest financial and business news from Yahoo Finance