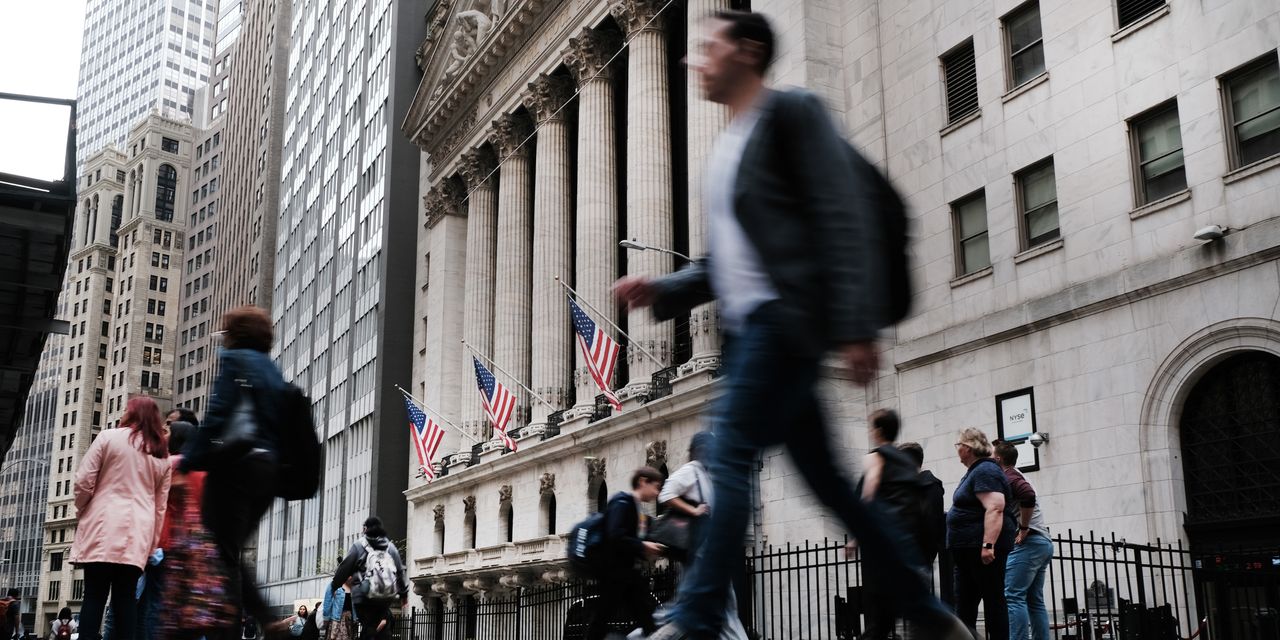 All three major US stock benchmarks closed lower Friday, each booking another week of losses, as investors weighed April jobs data amid heightened stagflation fears. The S&P 500 fell for a fifth straight week, its longest losing streak since June 2011, according to Dow Jones Market Data.

How did stock indexes perform?

For the week, the Dow and S&P 500 each slipped 0.2% while the technology-heavy Nasdaq Composite fell 1.5%. Both the Nasdaq and S&P 500 fell for a fifth straight week, while the Dow dropped for a sixth consecutive week, according to Dow Jones Market Data.

“It’s been a confusing and erratic market, to say the least, this week,” said Keith Lerner, co-chief investment officer at Truist Advisory Services, in a phone interview Friday. “We have somewhat of a fickle market right now.”

The big gains in Wednesday’s relief rally, which was sparked by Federal Reserve Chair Jerome Powell’s remarks that a large interest rate hike of 75 basis points was not being actively considered by the Fed, have been erased amid concerns the central bank may not be doing enough to bring inflation under control, according to Lerner. Investors are worried that inflation will stay at an elevated level, forcing the Fed to become more aggressive in a slowing economy, he said.

But Friday’s employment report should “ease some concerns” that a recession may be looming, according to Lerner, who said he is not expecting a recession in the next 12 months. Even if the economy is slowing, “at least we have some momentum,” he said.

The US economy added 428,000 new jobs in April, according to a report Friday from the US Bureau of Labor Statistics. But an acute labor shortage showed little improvement last month, which could underline worries about inflation already running its hottest in 40 years. Economists polled by The Wall Street Journal had forecast 400,000 new jobs.

The unemployment rate was unchanged at 3.6%, the government said Friday, just above a 54-year low. Average hourly earnings cooled, rising 0.3% in April versus expectations for a 0.4% increase.

“Investors need confidence that the Fed won’t raise too aggressively and topple the economy into recession in their fight against inflation. Today’s report is balanced and may prove to dampen the extreme volatility of recent days, ”he wrote.

During a discussion at the Carlson College School of Management on Friday, Minneapolis Federal Reserve President Neel Kashkari pushed back on views of many hawkish commentators that the Fed is way behind in the battle to control inflation. Kashkari said the Fed’s forward guidance has succeeded in pushing longer-term rates, adjusted for inflation, up close to a neutral level.

In the view of Ryan Belanger, founder of Claro Advisors, the central bank is “behind where they need to be on raising interest rates.” He said by phone Friday that “there’s a case to be made to rip the band-aid off and cool down this inflation.”

A sharp drop in first-quarter US productivity data and a rise in unit labor costs published Thursday were also cited as factors in the market’s drop that day, underlining stagflation fears. That rubs against the assertion by Powell and other senior Fed officials that they can achieve a so-called soft landing-lowering inflation without bringing economic growth to a grinding halt.

Read: Why did the Dow plunge more than 1,000 points? Should I wait for stocks to sink lower? Here’s what some pros think.

“What’s dangerous about yesterday’s huge market slump is that there must be an element of doubting the ability of there to be an effective‘ Fed Put ’in this cycle following a 30-40 year period where the central bank has almost always been able to come to the market’s rescue, ”said a team of Deutsche Bank strategists led by Jim Reid.

Read: Why the stock-market plunge was partly due to bad news on the inflation front

Heightened volatility will probably persist as the market is “trying to figure out where interest rates are going to settle,” according to Claro’s Belanger.

Meanwhile, yields on 10- and 30-year Treasury bonds hovered at levels last seen in 2018, which they reached Thursday as stocks plunged. The 10-year yield BX: TMUBMUSD10Y
rose 5.8 basis points on Friday to 3.124%, the highest level since Nov. 13, 2018 based on 3 pm Eastern Time levels, according to Dow Jones Market Data.

Read: ‘You don’t want to be shocked’: It’s ‘rank day’ and here’s what that means for US stocks

Which companies were in focus?

How did other assets fare?

—Barbara Kollmeyer contributed to this report.