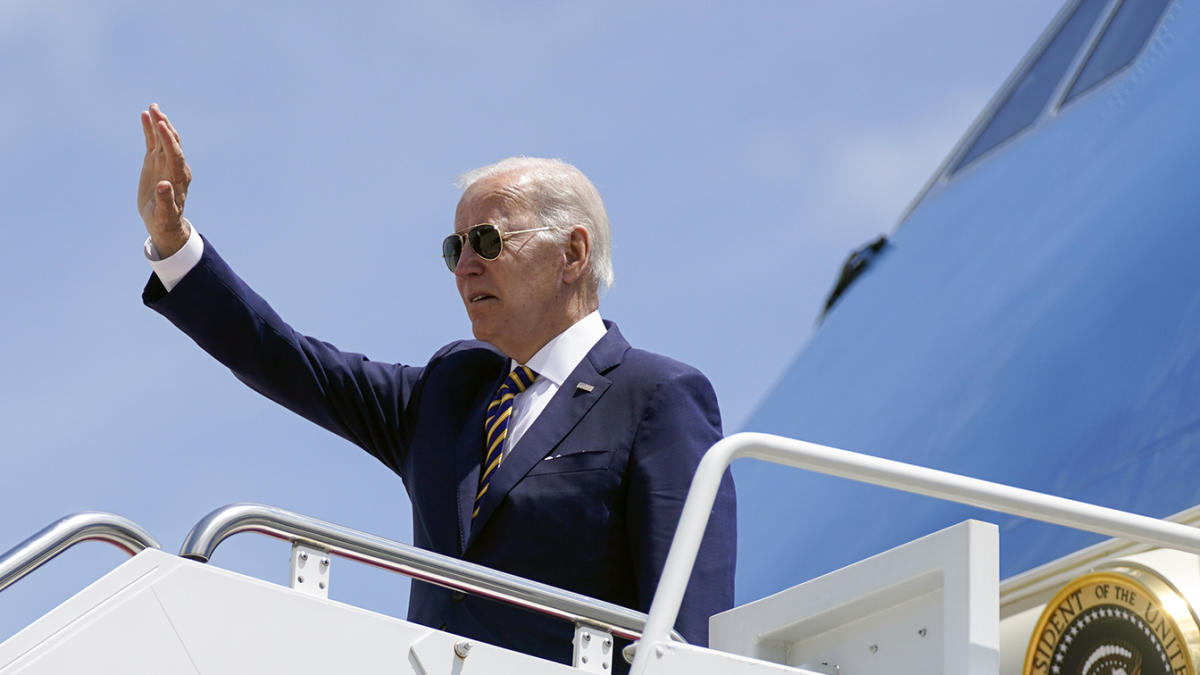 WASHINGTON – One of President Biden’s favorite stories is about the thousands of miles he traveled with Chinese leader Xi Jinping, back when they were their respective nations’ vice presidents. “I’ve spent a lot of time with Xi Jinping – they tell me more than any other world leader has,” he said when he told the story at a Democratic Party fundraiser earlier this month.

The story has many purposes, among them a reminder that Biden, who served on the Senate Foreign Relations Committee before becoming vice president, has – at least in his own estimation – a deep understanding of East Asia, of the threats posed by communist China and despotic North Korea, and of the possibilities of cooperating with Japan and South Korea, among other nations, on security and trade.

Biden’s expertise in Asian affairs will be put to the test when he travels to Japan and South Korea this week, his first trip to the continent as president.

Here are three key developments to watch for.

How much influence does the United States retain in East Asia?

For the last several months, Biden has marshaled support for the US-led effort to bolster Ukraine as it defends itself against an unprovoked Russian invasion. Before leaving for Asia on Thursday, he welcomed the leaders of Finland and Sweden to the White House, endorsing their application to join NATO.

Now he is heading to a region where US power is viewed much more ambiguously, and, in the case of North Korea, with outright hostility. “We think this trip is going to put on full display President Biden’s Indo-Pacific strategy,” national security adviser Jake Sullivan told reporters on Wednesday, “and that it will show, in living color, that the United States can at once lead the free world in responding to Russia’s war in Ukraine and at the same time chart a course for effective, principled American leadership and engagement in a region that will define much of the future of the 21st century. ”

Biden has tried to restore the order shredded by former President Donald Trump, who pulled the United States out of the Trans-Pacific Partnership and openly expressed his fond regard for the North Korean leader, Kim Jong Un. He started a trade war with China and later accused Beijing of concealing the origins of the coronavirus, which many in his administration thought to have originated in a laboratory in the city of Wuhan (it is more likely to have come from a wildlife market there, although this has still not been definitively resolved).

“I think there is a lot of support for U.S. engagement in the region,” says Eric Altbach, a senior vice president at the Albright Stonebridge Group who served in the State Department and the White House as a foreign policy expert under Presidents Bill Clinton and George W. Bush.

Trump’s withdrawal from the TPP “undercut our credibility in a major way,” Altbach told Yahoo News in a phone interview. “The United States has had nothing meaningful to offer until now.”

Biden has thus far kept Trump’s tariffs on Chinese goods in place, in what could be seen as recognition that he shares his predecessor’s view that the communist superpower poses the greatest threat to U.S. geopolitical influence. But he has also sought to draw other Asian nations to his side, in contrast to Trump’s renegade approach.

Last year, Biden signed a new security agreement, the Australia-United Kingdom-United States Partnership (AUKUS), under which nuclear submarines sold by the US and the United Kingdom to Australia will sail in the Pacific from a new base that Australia plans to build on its eastern coast.

“We need to be able to address both the current strategic environment in the region and how it will evolve, because the future of each of our nations, and indeed the world, depends on a free and open Indo-Pacific, enduring and flourishing in the decades ahead, ”Biden said last September as the tripartite agreement was unveiled.

Although China wasn’t mentioned once by any of the three AUKUS nation leaders in their accompanying remarks, there was little doubt that the new agreement was meant as a bulwark against Beijing. In response, China recently signed a security agreement with the Solomon Islands, citing the need to confront what it described as Western aggression.

“Australia, together with the US and the UK, is forming a military bloc and provoking an arms race in the South Pacific, without any consultations with island countries of the region,” a Chinese Foreign Ministry spokesman, Zhao Lijian, said.

Trade constitutes another American effort to reassert dominance in East Asia, in a bid to reverse what has been described as its steady “decoupling” from Western economies in the region.

Earlier this month, Biden hosted a summit with Southeast Asian leaders, announcing a bevy of new investments that signaled a reengagement that experts and elected leaders welcomed but considered probably insufficient.

“In the end, the summit went well,” wrote one Australian foreign policy expert, Susannah Patton. “But context matters, and overall, the US continues to lose influence to China in Southeast Asia.”

While in Japan, Biden will unveil the Indo-Pacific Economic Framework, which Sullivan described on Wednesday as a “new model designed to tackle new economic challenges-from setting the rules of the digital economy to ensuring secure and resilient supply chains, to managing the energy transition, to investing in clean, modern, high-standards infrastructure. ”

How will North Korea greet Biden?

In 2019, Donald Trump became the first US president to visit North Korea. Biden will not be making such a foray, but even as he continues to see China as a primary long-term threat, the unpredictable and secretive regime in Pyongyang poses a danger of its own.

“Preparations for launching missiles, including intercontinental ballistic missiles, are understood to be imminent,” Kim said. While such a test could be seen as mere bluster, it is also a reminder that North Korea remains a problem that no American president has successfully resolved.

“I don’t think there’s any question that North Korea has grown increasingly frustrated at its inability to force the US back to the negotiation table on terms favorable to North Korea,” Altbach of Albright Stonebridge told Yahoo News, referring to the diplomatic negotiations with the nuclear power that unraveled during the Trump administration.

North Korea is also experiencing what it says are its first COVID-19 cases, although observers believe the closed nation simply concealed earlier outbreaks. Whatever the case, a public announcement of positive cases could signal a humanitarian crisis in the works, given the lack of medical infrastructure and no vaccinations whatever.

Human Rights Watch has called on Biden and his South Korean counterpart, Yoon Suk Yeol, to put aside their nuclear concerns and work through international bodies like the United Nations to “encourage North Korea to accept offers of monitored deliveries of food, medicine, vaccines, and the infrastructure to preserve and distribute vaccines. ”

So far, Pyongyang has rebuffed offers of aid.

What is the future of Taiwan?

The historically fraught status of Taiwan offers a parallel in East Asia to the tensions that led Russia to invade Ukraine. Since 1949, China has viewed the island – which is separated from the mainland by 100 miles of water – as under the purview of Beijing.

Taiwan, however, has an independence movement that China views as a threat. The gunman who attacked a Taiwanese church in Southern California last Sunday is believed to have acted out of “hatred of the Taiwanese people” and their desire for independence, according to law enforcement officials.

Russian President Vladimir Putin’s invasion of Ukraine has made some China analysts worry that it could embolden Beijing to invade Taiwan, effectively ending any possibility of independence for the island.

Hours before Biden and Xi, the Chinese leader, spoke in March about the situation in Ukraine, a Chinese aircraft carrier sailed through the Taiwan Strait in what could only be interpreted as a reminder to Washington. A US guided missile destroyer “shadowed the carrier at least partly on its route,” Reuters reported.

“The ultimate goal of reunification with Taiwan is one of the top priorities of Chinese leaders,” Altbach told Yahoo News. “I don’t think the travails of the Russians in Ukraine are a direct corollary to the challenges [Chinese leaders] would face in Taiwan. ”

The White House has insisted that Biden respects Chinese claims on Taiwan, but the delicate balance on the issue could easily be upset, especially by a provocation on China’s part. Earlier this month, the New York Times reported that the United States appeared to be preparing for the possibility of such an aggressive move and was persuading Taiwan to purchase weapons that could repel a Chinese invasion of the island.

“There has been this wake-up call in the Pentagon to make sure Taiwan is serious,” China expert Bonnie S. Glasser told the Times, “and we need to get serious too.”